A new version of TSplus is being uploaded.

– The 9.60 is including a very nice new security feature:
The administrator can set working hours „per user” during which the user
is allowed to open
a session

– The 9.60 is also included the first release of the Farm Manager new
feature.
This feature is important and will be greatly appreciated by any large
deployement
project. The feature will be completed later but the core part in now
included.
Please note that we decided to include it as a „Enterprise Edition”
mandatory
license. So, to use it, EACH SERVER OF THE FAR MUST OWN and Enterprise
license. 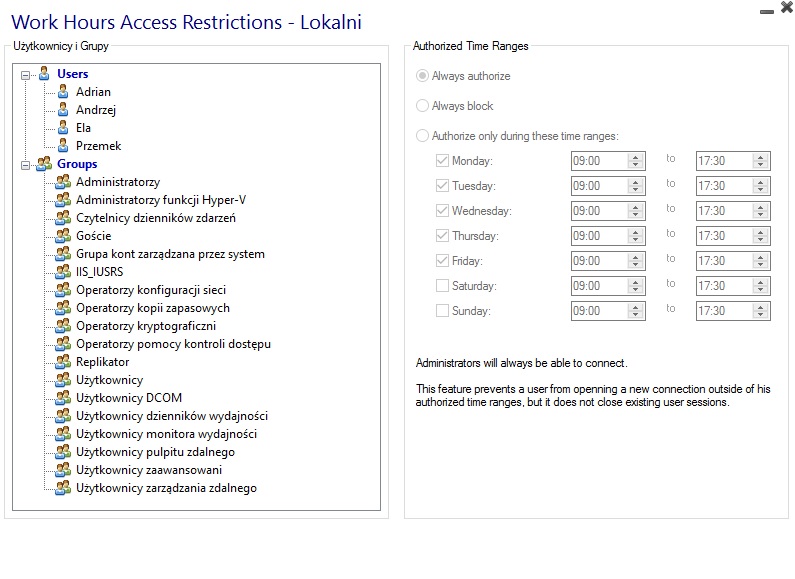